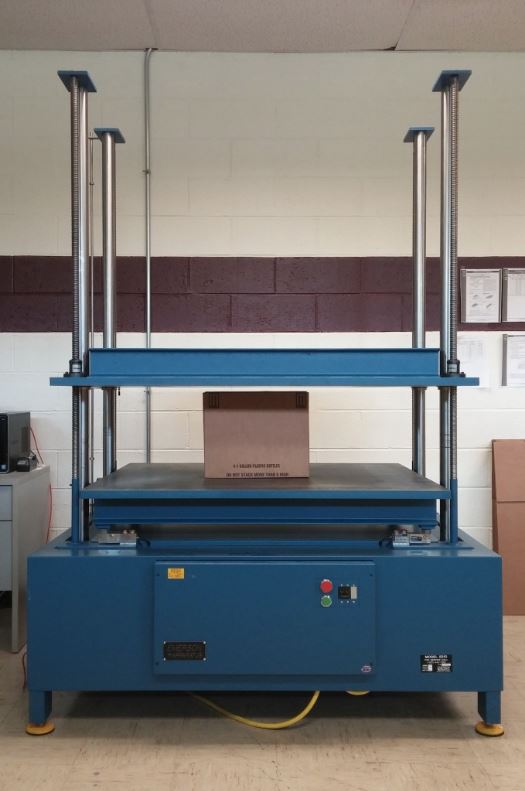 Acme Corrugated is fully capable of performing box compression testing on site. This  equipment allows us to test compression strength of a whole box, not just small pieces (as for ECT and FCT). Coupled with other tests, this provides further indication of expected box stacking performance and reliability.

Featuring a 48” x 40” compression platen, we are able to test nearly all boxes manufactured at Acme. Boxes can be tested empty or as packed by the user.

When a series of tests are performed on multiple samples of the same box, software provides performance summaries of the tests completed. For boxes that are manufactured at separate intervals over time, specs can be recalled and current results can be compared to prior tests on the same box. This provides a comprehensive history of box performance