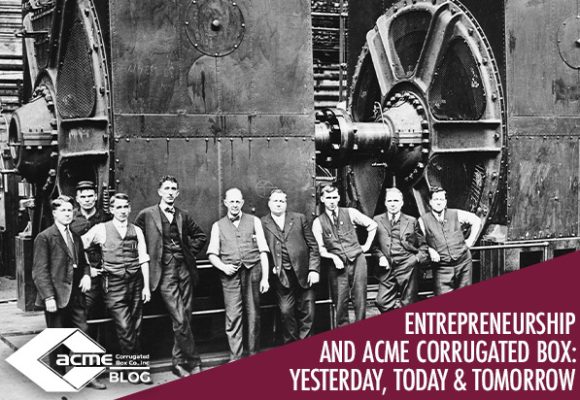 November is National Entrepreneurship Month. Here at Acme Corrugated Box, we champion entrepreneurs for many reasons, including the fact that we are entrepreneurs – a family-owned business started from a horse-drawn carriage in 1918.

More than a half century has passed since Bob Cohen took the reins from his father, founder Edward J. Cohen, in 1969. Still, the entrepreneurial spirit at Acme Corrugated Box runs strong. We sat down with Bob, our company president, to talk about it.

Bob, entrepreneurship can elicit visions of financing, all-nighters, and start-ups. However, longstanding family-owned companies like Acme Corrugated Box remind us that entrepreneurship isn’t necessarily synonymous with young and new. What comes to mind when you hear the word entrepreneur?

BOB COHEN: Entrepreneurship can take so many forms. So does the motivation behind the entrepreneurial spirit. Entrepreneurship can spring from a restlessness with one’s life and thoughts about the future. It can be based on life circumstances that are propelled by urgency and need. It can stem from an inspiration. It can spring from the desire to fill a void, to respond to an unmet demand, or as an expression of an innovative concept.

You mentioned need. Your father, Edward J. Cohen, sold paper on Philadelphia’s cobblestone streets. It might sound romantic from our vantage point 100-plus years later, but in actuality, he was trying to survive. Is that correct?

My father’s entrepreneurship was absolutely borne out of necessity, yes. There weren’t many places for a son of immigrants, with an 8th grade education, to find work in the early 20th century. His decision to sell secondhand corrugated boxes was a matter of survival.

My dad did have a vague blueprint. His father ­– ­my grandfather – had been a tailor in Russia, and started his own industrial rag business after immigrating to the United States. My dad began working there at age fourteen. That experience laid the foundation for his own venture a few years later, which of course became Acme Corrugated Box.

What do we know about your father’s early years in business?

His instincts were those of a peddler. He intuitively understood his market and what he had to do to be successful. He developed his own niche – secondhand boxes – and found customers who required a less expensive way to ship their products. It’s not a unique story but is a quintessentially American one. He grew the company over four decades until he suffered a severe stroke. My older brother was there to assist; I came onboard once I had completed my college coursework, and after finishing my service obligation in the military.

You took the reins as president of Acme Corrugated Box relatively soon after joining the company. What was that like for you?

I’m often asked how was I able to direct company growth with little to no business training. Looking back, I can see that most of my business responses were instinctual. From the beginning, I worked on getting the most out of the people who worked alongside me. Business is part psychology, part intelligence, and part luck. I wanted to be the best that I could be at something. It was never solely about the financial reward. Naturally you hope that will be a byproduct of achieving the goals you set for yourself but for true entrepreneurs the chase is maybe the most important aspect of success.

I have always wondered how my leadership style might have been influenced by my father if I had been lucky enough to work alongside him, even just for a few years. But that wasn’t meant to be.

“No entrepreneur succeeds in isolation. To be truly successful you must cultivate a culture that supports success.”

What are some other keys to Acme Corrugated Box’s longevity?

Since 1980 I have seen 75% of our regional competitors – most of whom were fellow family-owned businesses – leave the field. The reasons vary from acquisition to lack of investment to just being plain tired of the work. Most didn’t have the foresight to see the need for change, to understand the need to utilize new technologies.

I’ve been fortunate that the instincts described above have helped me stave off all of those threats. For me, the entrepreneurial impulse is like waking up in the morning – natural and uncomplicated. It’s always been about improving and about being better each day than I was the day prior.

Any advice you’d offer other entrepreneurs looking to start, sustain, or grow their businesses?

No entrepreneur succeeds in isolation. To be truly successful you must cultivate a culture that supports success. I think one of my better skills is getting the right people in the right positions to make my vision possible. It also helps to have family bench strength. I am very fortunate to have a supportive wife and three industrious sons, two who are part of the company’s management and one who is our top salesman. Having a company succeed into the third generation is no simple feat.

Another piece of advice to any budding entrepreneur: Refuse to be detoured from your goals. The word no is often employed to end dreams. No, that’s not possible; no, you can’t possibly succeed; no, your timing isn’t right; no, you don’t have the funding, etc. Don’t accept other peoples’ prohibitions. Do what you are destined for. Entrepreneurs see opportunity where others don’t.

Finally, remember that without the skills, the intelligence, and the often-selfless sacrifices of entrepreneurs, America would be a far different place. Entrepreneurs make the economy run, and have made all of our lives better. 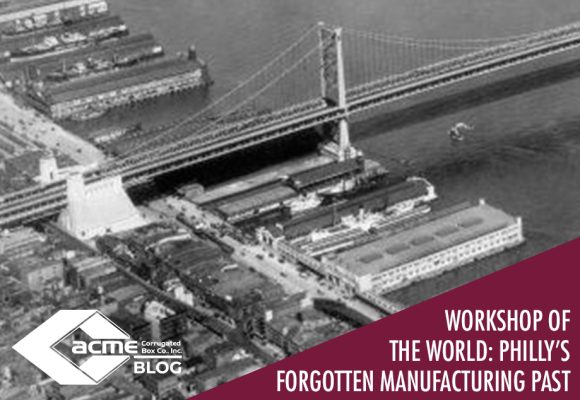 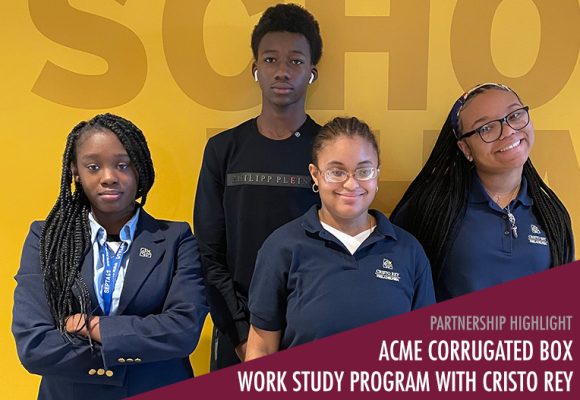 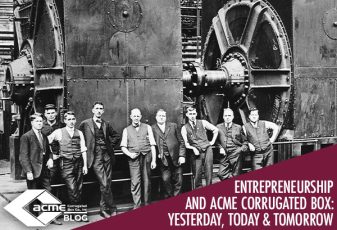 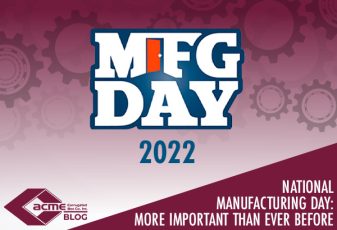 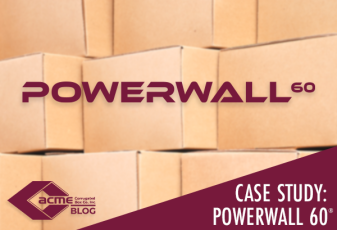 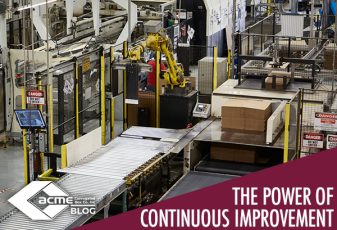 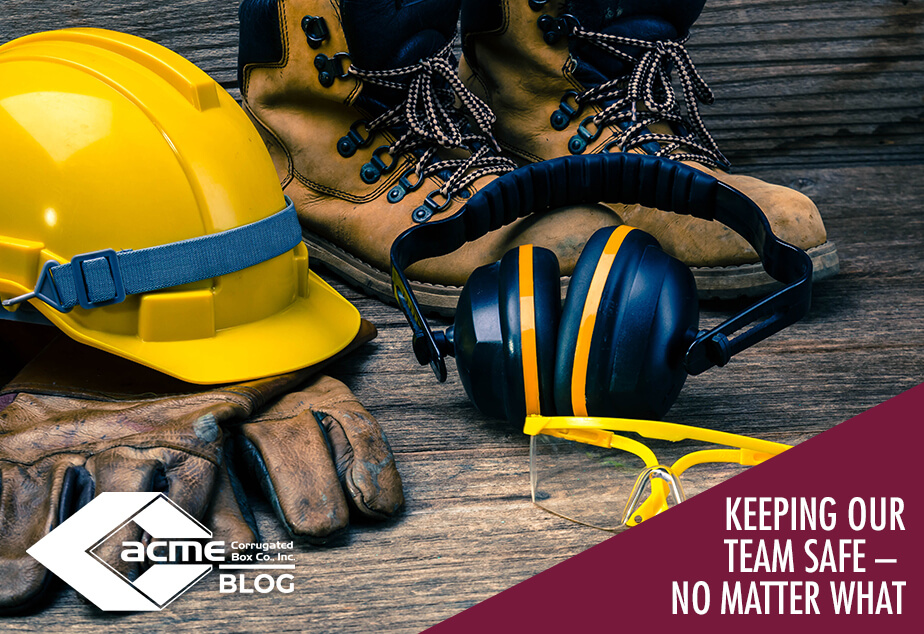 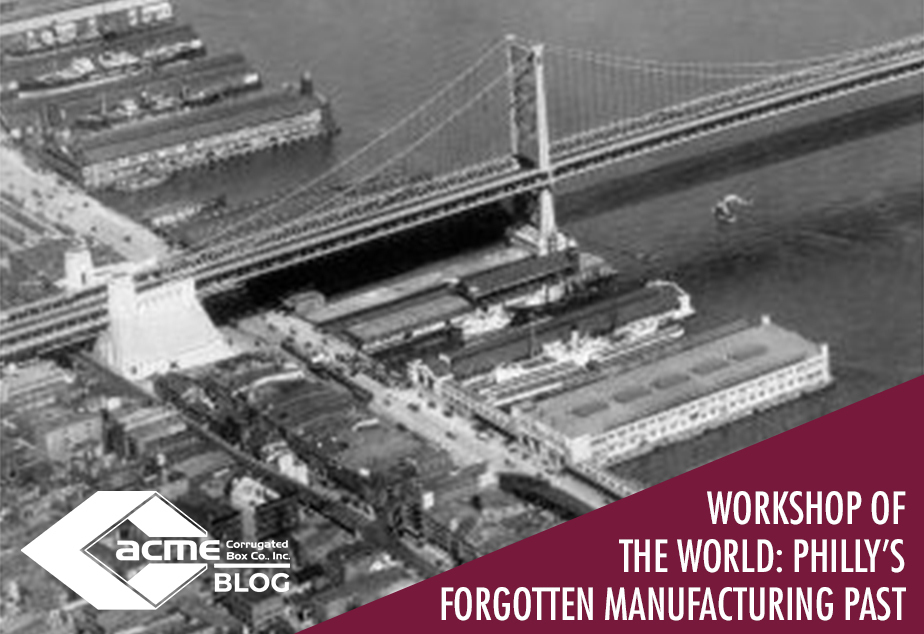 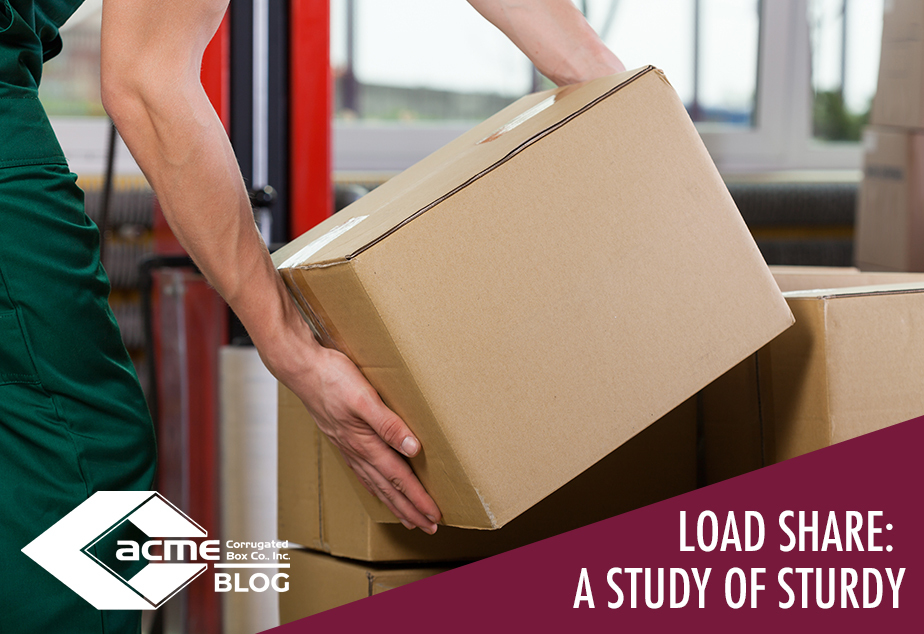 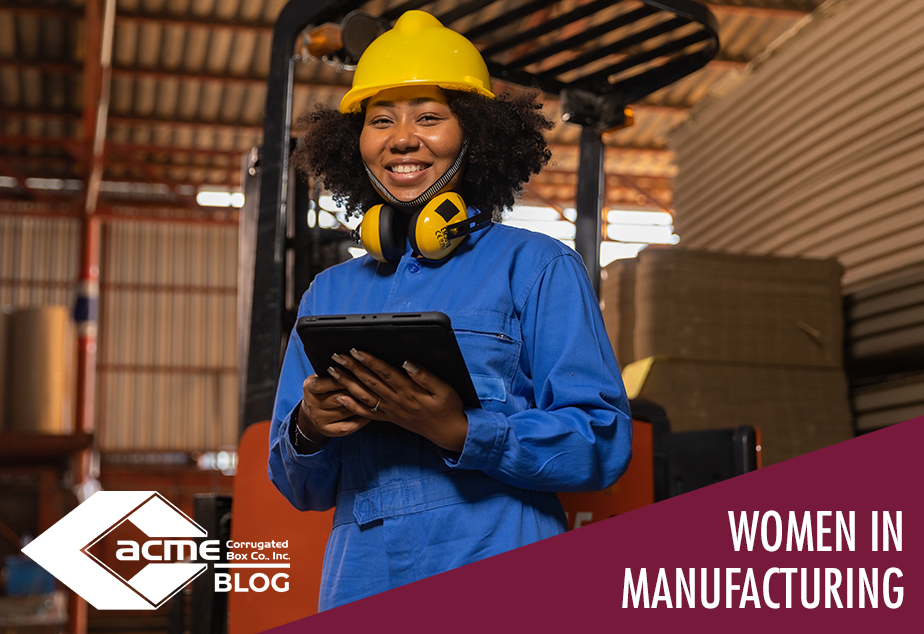 March 8th is International Women’s Day – a day to consider...