From a determined start driving a horse-drawn wagon through the streets of Philadelphia, Acme Corrugated Box Company has grown to inhabit a 250,000 square foot facility adjacent to Pennsylvania’s busiest thoroughfare. How we got here is a classic story of hard work, family commitment, and the American Dream. In 1918 our founder, Edward J. Cohen, packed his horse-drawn wagon with scrap paper and traveled through Philadelphia’s dusty streets in search of customers. He found plenty, and soon added reclaimed corrugated boxes to satisfy the diverse needs of the bustling city.Just two decades later, Ed had incorporated and moved his operation indoors to Third and Race Streets in Center City Philadelphia. The end of WWII brought increased prosperity, and as the economy grew so did we. Business growth was continuous over the next few decades. Ed’s two sons, Arnold and Bob joined the firm. 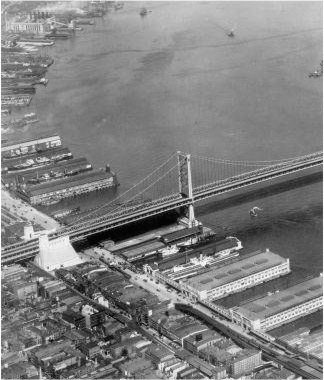 In 1963 Arnold took the reigns of leadership, and in 1969 Bob joined the company full time. To accommodate the continued growth, we moved to a 25,000 square foot facility in North Philadelphia’s American Street business corridor. Now having enough space, Arnold and Bob purchased their first manufacturing equipment and began producing corrugated boxes.

By 1980, we expanded yet again with a move to a new 59,000 square foot facility in Bensalem, Bucks County. In 1981, Bob assumed the role of President, guiding us through two more decades of expansion and success.

In 2001, we moved into a 250,000 square foot modern complex in Hatboro, Montgomery County, that allowed us to expand our manufacturing capabilities with additional state-of-the-art capital equipment. With our location adjacent to the Pennsylvania Turnpike, Acme Corrugated trucks enjoy easy access to this important highway to deliver throughout Pennsylvania, New Jersey, New York, Delaware, and Maryland.

Through all the decades of growth and success, Acme has retained its family tradition and remained a family-run business.  Today, Bob’s sons, Erik, Jeremy and Alex work here, bringing the family’s third generation of knowledge and enthusiasm to meet the ever-changing requirements of our customers.